Up to 6 People
Per Tour
45 min.
Duration

Located on the foot of Mount Abantos, in the Sierra de Guadarrama, Escorial offers way more than just royal monuments. It’s surrounded by an untouched landscape that surprises even the most cosmopolitan of souls. The green sea of trees that flows from the nearby mountains and peppers the town’s streets is an incredible sight to behold. It’s precisely this nature side of El Escorial that you’ll discover with this Panoramic Escorial tour.

Following the meeting with your driver at the starting point, you’ll head to the famous Royal Seat of San Lorenzo de El Escorial, also known as the Monastery of El Escorial. Due to its intimate connection to the creation of the town, the Monastery is one of the top monuments and you can’t leave Escorial without seeing it. After this, you’ll travel towards Bosque de la Herrería and Real Club De Golf La Herrería. The first is a picturesque park with trees, streams and trails ready to be explored, and the second a golf course known for its panoramic view over the notorious Monastery. The next two highlights will be the Romeral Dam and the Viewpoint of Abantos. This last one will greet you with a marvellous view over not only all the town but also the neighbouring lush scenery. After a quick stop to unwind and take some photos, you’ll head to the drop-off point through the San Lorenzo de El Escorial’s centre.

During 45 minutes, you’ll travel alongside your driver, friends and family in a private tour and get to know a town that has grown in harmony with nature.

This tuk tuk tour is brought to you by Tuk Tuk Escorial. 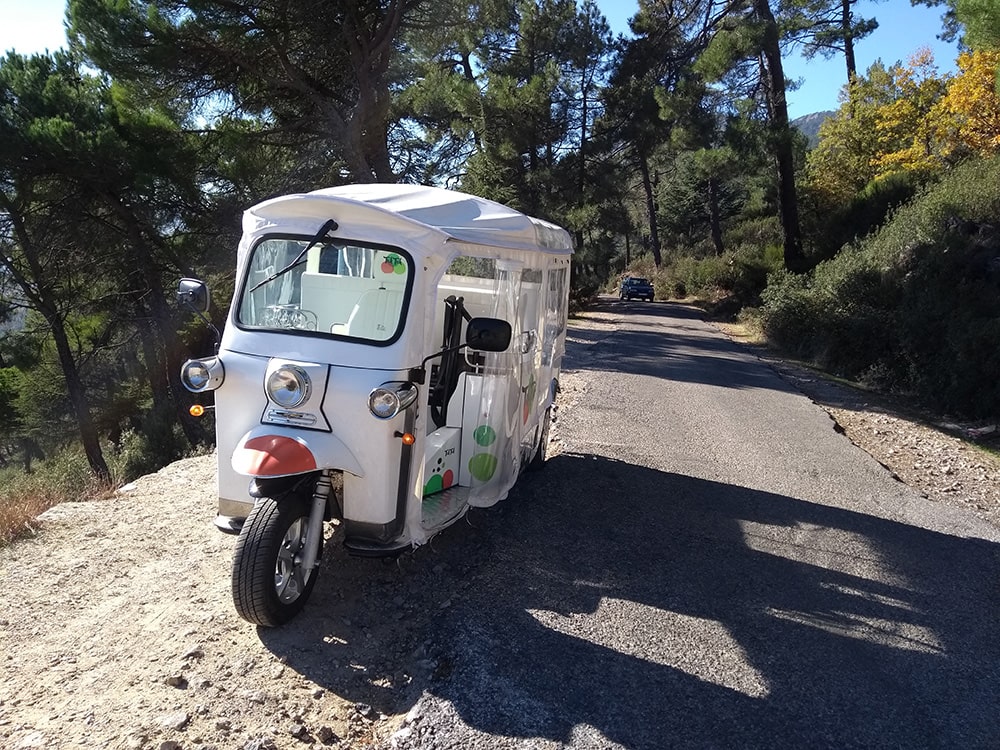 Dive deep into Escorial’s history and see
Up to 6 People
45 min. 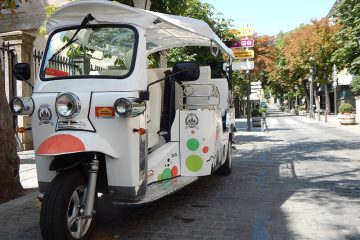